Michael G. Sheppard is an attorney in Brentwood, Tennessee. With over thirty years of experience as both a lawyer and a businessman, Michael has now focused his attention on educational law to support and ensure the best representation for teachers in Tennessee. In addition, Michael has been an executive, litigation manager, and general counsel for companies in both the United States and in England.

Currently, Mr. Sheppard handles complex litigations in the areas of education, ERISA, workers’ compensation, social security, mass tort, commercial subrogation, and business transactions as the General Counsel for the Professional Educators of Tennessee, a trade association serving over 7,000 teachers across the state of Tennessee. In addition, he is also the founder of Sheppard Law Group, PLC and is also a co-author for a number of articles for the Nashville Business Journal. 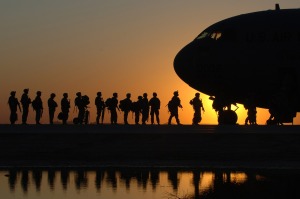 During his off hours, Michael likes to be invested within his community. As a self-professed army brat, who has lived all over the world and is both brother and son to decorated combat veterans, Michael has used his past experiences to be involved with various VA programs. Today, he has been nationally recognized for his dedication and work with US Veterans, appearing on Good Morning America, CNN, NBC, Nightly News and MSNBC. When Michael is not working or promoting Veteran Awareness, you can find him working LawTalk, a community service program that he founded to improve and expand the understanding of the practice of law.

Apart from his non-profit organization, Mr. Sheppard has serve from time to time as a baseball coach for his grandson’s youth team, deacon for his church, president of Civilian, president of his homeowners’ association, and commissioner for Civilian Youth Baseball. When he is not busy working or volunteering, you can find Michael enjoying a game of golf or tennis, writing, taking pictures for his photography collection, or relaxing with his family.